If you’ve spent time in Georgia’s capital city Tbilisi (formerly known as Tiflis) you’ll probably recognise the reference. Tbilisi has two metro lines that meet at Station Square station. Here at rush hour there can be a traffic jam of human flesh as streams of passengers squeeze past and through one another to change lines or escape into the open air. The photo alongside does scant justice to the crush that I was in a few days ago.

I confess to getting a kick out of commuting by metro or subway or underground. I feel part of something: The River of Humanity. A participant, not a spectator. My body is a tiny, tiny fragment, but the river is nevertheless changed by my being there.

There’s probably something Freudian about it too. One plunges into a dark hole, trusting that the millions of tons of rock and soil above one’s head will stay in place; then, in a re-enactment of nativity, one bursts forth into a sunlit world where oxygen and coffee shops abound and all is easeful.

Here in Tbilisi’s metro I am struck by the tolerance and mutual respect I feel around me. Several people (myself included) missed a train the other day by waiting for a lady to manoeuvre her pushchair into a crowded carriage. No-one pushed ahead, no-one complained.

And when another lady forced her way along the wall of a hugely crowded tunnel, against the flow, shouting what sounded like “Why! Why! Why!” people smiled good-naturedly. She had her reasons. Beggars position themselves along the same wall, obstructing the flow, and they are accepted as just a few more water molecules in the river, albeit static ones.

I’d like to say that by being part of The Human River twice a day I’m gaining a better understanding of my fellow-humans. But – and now we get to the stroppy bit – I do not understand why some people are attracted to substances and activities that they know are designed to enslave them by way of addiction. Why, why, why?!

The ads reproduced here are all from today’s online edition of the Sydney Morning Herald. 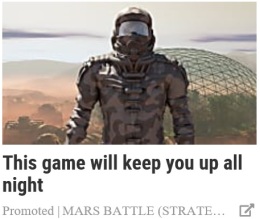