I am indebted to the blog https://chinaicons.com/ for drawing my attention to the proverbs of the famous Chinese military tactician Sun Tzu, whose writings are still studied by military commanders the world over. I’ve borrowed this picture of his statue from the China Icons website. 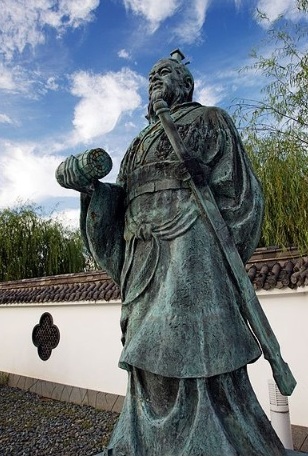 Among the proverbs this one resonates with me particularly:

Isn’t this exactly how the Chinese leadership is making fools of the rest of us? Their creeping occupation of the South China Sea, consolidation of their hold over Tibet and suppression of political freedom in Hong Kong are all being achieved through persistent bullying and angry outbursts that fall short of provoking armed conflict. (See my earlier post ‘Trump, Tsai and Xi’.)

Again, one can draw parallels with those other rogue states Israel and Russia – and North Korea too, I suppose.

PS According to the WordPress computer, my fellow-blogger at China Icons found that earlier post of mine “awesome”. He or she writes well and is not given to extravagant hyperbole, so I guess I’m up there with Sun Tzu himself – and even Confucius! Or maybe WordPress is leading the charge towards degradation of the English language. OMG, that would make me s-o-o-o stroppy!