Later this month Mrs SG and I will be flying from Tel Aviv to London on the Turkish airline Pegasus. I’ve flown with them before and they’re OK – except that they’re very mean when it comes to the check-in baggage allowance: 20kg. Not 23kg, but 20kg. This is a nuisance, because from Adelaide to Tel Aviv we’re flying Cathay Pacific which allows 30kg.

So I went to the Pegasus website and found that we could ‘buy’ an extra baggage allowance. If booked at least 7 days in advance it would cost €33 for an extra 20kg bag: €16.50 Israel-Turkey (see screen-shot) + another €16.50 Turkey-UK. 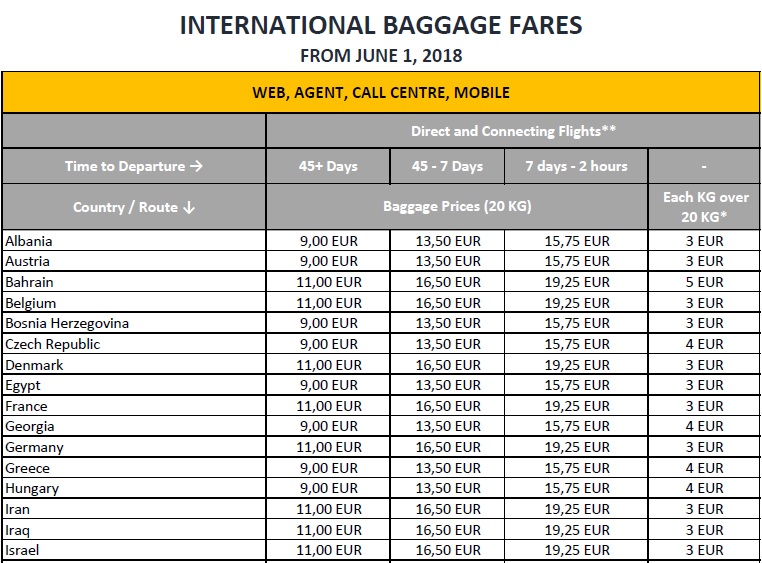 That looked reasonable, so I set about arranging for an extra bag online. Aah, but as soon as I entered our reservation code an algorithm took over and the advertised International Baggage Fare rates were ignored. Suddenly it was going to cost us more than 6 times as much (see 2nd screen-shot, €1 = TL 6.17).

Finally I asked my travel agent to make a formal complaint to Pegasus about their misleading website. Now I’m shaming Pegasus by the only means at the disposal of a powerless, unvalued, stroppy customer.