There is an upsurge of guilty feelings about slavery, especially in the UK. Statues of people who made fortunes from that evil trade in the eighteenth and nineteenth centuries have been wrenched from their plinths. There is agitation to re-name city streets – even Liverpool’s Penny Lane, because it may have been named for the slave-trader James Penny.

And I have just read a review in the Guardian Weekly of Nicholas Rogers’ book ‘Murder on the Middle Passage’, which deals with horrific crimes committed against African slaves for the sake of profit. It made me think…

Slavery has existed for millennia, considered a perfectly normal aspect of human society and economy. It is often said that all nations have practised slavery but only the British abolished it. This is probably true, if one considers the laws that were passed by the British Parliament that were then enforced by the British Navy.

Slavery that is legally sanctioned, where one human and his/her offspring are the property of another, no longer exists anywhere so far as I know. But the ILO estimates that 40 million people suffer some form of virtual slavery. One hears of sex workers whose passports are withheld by their ‘owners’, debt bondage in the brickfields of India and kidnapped migrants on Thai fishing boats. 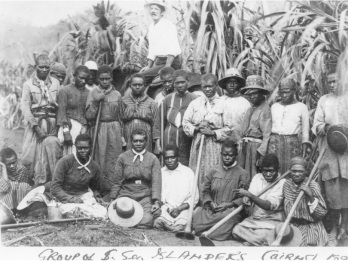 But there are conditions of employment that have become normal, but in some respects are worse than slavery. If one has paid for and owns a slave, one has an interest in keeping him or her fed, clothed, housed and healthy. I think of the ‘labour lines’ on a Sylhet tea plantation I visited in 1967. The living conditions were basic and the wages almost non-existent, but the benign Scottish manager ensured rations and medical care were available, and even schooling for the children. How different it is for employers who engage ‘contractors’ who are obliged to be available for paid work but have no guarantee that it will be offered.

Should there perhaps be a legal option to sell oneself into a form of slavery, rather like the bonded labourers on whose sweaty backs the Fijian sugar industry was built? Or the Pacific islanders who used to cut cane in Queensland?

More provocatively, will future generations vandalize the statues of contemporary heroes because of our appalling acceptance of the enslavement of other species?

One thought on “Slavery”