Today is the 193rd day since the Brexit Referendum. This being a prime number, and therefore indivisible, it seems an ironically appropriate day for a post about an event that exposed such deep and lamentable divisions among the people of the United Kingdom.

I didn’t have a vote, having emigrated from the Green and Pleasant Land 38 years ago, but if I had I would have voted Remain. I don’t know whether staying would be better in the long run for the British economy, but I’m pretty sure it would be better for Europe as a whole – economically, politically and in every other way in the short, medium and long run. 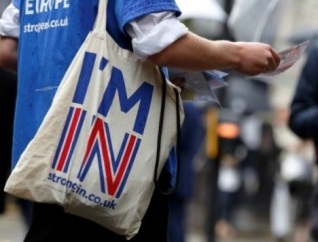 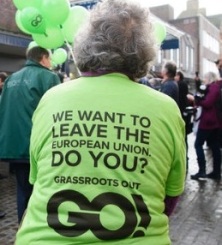 But Joan Williams, a friend from way back whom I respect, voted for Brexit and I asked her why. Her answer had nothing to do with immigration or the NHS. I reproduce it here in full, with Joan’s permission:

“ If you really want to know why I voted leave, it’s basically because I’m afraid I do not think the EU is a good thing. I don’t think the world has outgrown the nation state yet, and that when it does it will not be through the likes of the EU. I love the individual European countries that I know (i.e. Germany, Italy and Spain), and value both our similarities and differences, and don’t see what is gained by trying artificially to weld us all together.

“ I don’t think any supranational institution is better than none, or that being semi-attached to an institution that is heading in the wrong direction is ‘the best of both worlds’. Most importantly, I revere the British constitution, and I don’t take our democratic freedom for granted; the more we compromise and dilute and sacrifice it, the more we are losing it.

“ We achieved our freedom and developed our democracy before anyone else, and it is still the best, and still an example to the world; whereas the EU, in its top-heavy unaccountable over-bureaucratic clumsiness, more resembles the old tired easily-corruptible19th century empires. One doesn’t need to invoke Napoleon: Nicholas II and Franz-Josef are bad enough! It is like choosing to be a dinosaur instead of a mammal. ”

Does anyone else out there feel the same way?

One thought on “Brexit”