Emmanuel Macron came to Australia with a pretty meaty agenda. He has been described as the de facto Leader of the Free World, with some justification. The media covered his visit and his picture was on every front page, but the journalists chose to focus on the French President’s unusual use of the word ‘delicious’, applying it to the Australian Prime Minister’s wife Lucy. 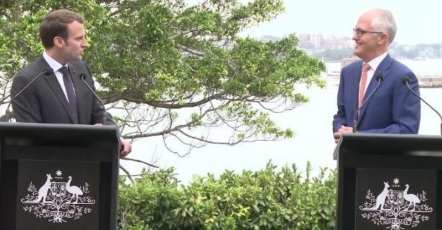 Perhaps it was a quaintly framed compliment, perhaps he mis-spoke. After all, he was doing us the courtesy of addressing us in our own language instead of relying on an interpreter. Whatever the case, allowing this one word to dominate the news trivialises an important occasion and demeans a man who deserves our respect.